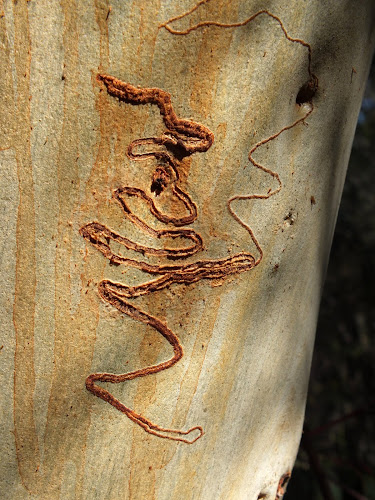 The Cumberland Plain Woodlands ecological community is characteristically of woodland structure but may include both more open and more dense areas, and the canopy is dominated by species including one or more of the following: Eucalyptus moluccana, Eucalyptus tereticornis, Eucalyptus crebra, Eucalyptus eugenioides and Eucalyptus maculata. The understorey is generally grassy to herbaceous with patches of shrubs, or if disturbed, contains components of the indigenous native species sufficient to re-establish the characteristic native understorey. The Cumberland Plains Woodlands ecological community includes regrowth that is likely to achieve a near natural structure or is a seral stage towards that structure.

The following assemblage of grass, forb and sub-shrub species characterises the understorey of the Cumberland

Not all species listed as characteristic of the assemblage occur in every single stand of the community. Also, the total list of plant species that occurs in the community is much larger than the characteristic assemblage, with many species occurring in one or a few sites, or in very low abundance. A detailed description of the ecological community is provided in Benson D. (1992). The natural vegetation of Penrith. Cunninghamia 2(4): 541-596.
The distribution of Cumberland Plain Woodlands in the County of Cumberland in 1788 was approximately 107,000 hectares. Only 6% (6,420 hectares) of the original community remained in 1988 in the form of small fragmented stands. Although some areas occur within conservation reserves, this is in itself not sufficient to ensure the long-term survival of the community unless the factors threatening the integrity and survival of the community are ameliorated.
Threats to the community include clearance for agriculture, grazing, hobby and poultry farming, housing and other developments, invasion by exotic plants and increased nutrient loads due to fertiliser run-off from gardens or farmland, dumped refuse or sewer discharge.
How judged by ESSS in regard to the ESP Act criteria
It is the view of ESSS that the ecological community known as 'Cumberland Plain Woodlands' is subject to current and continuing threats likely to lead to extinction as demonstrated by the following two of the four criteria for an ecological community provided in the document 'Listing Endangered Ecological Communities under the Endangered species Protection Act 1992: Guidelines for Nomination and Assessment of Proposals':
a) marked decrease in geographic distribution (to 6% of the original community), and
d) restricted geographic distribution such that the community could be lost rapidly by the action of a threatening process (such as clearance for farming, industry and housing).
ESSS judges that this ecological community meets the criteria for endangered under s6. (3) for the following reasons:
it is likely to become extinct in nature unless less the circumstances and factors affecting its abundance, survival or evolutionary development cease to operate.
Recommendation
'Cumberland Plain Woodlands', should be listed under 'Schedule 2 Listed Ecological Communities' of the Endangered Species Protection Act 1992.

Posted by propertymaintenance at 11:43 AM